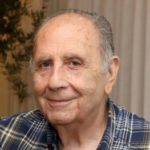 The 3 a side Cup is being organised in commemoration of the late Saviour Mifsud who served 20 years on the executive of the association.
The event will take place at St. George’s Band Club, Qormi, between the 22nd and 29th September. Sixteen teams are being accepted to participate in this event that will include four groups of four teams each. The top two teams from each group will make it through the quarter final stages.
Each participating team cannot include more than one player from the below list of players who achieved the finals of last season’s ranking events: Tony Drago, Lydan Debono, Jed Abela, Jesmond Schembri, Ryan Pisani, Garry Carr, Wayne Bonnici, Clayton Castaldi, Warren Falzon, Ray Caruana, Christ Mills, Brian Grech, Joseph Psaila, Miguel Amato, Scott Muscat and Dejan Grech.
Entry fee is Euro 15 per player and the winning team pockets Euro 600. Registrations are being accepted on first come first served basis through the below link:
https://www.maltapoolassociation.net/3-a-side-saviour-mifsud-cup-registration-form/
« Team League Postponment
Steve Muscat grabs the Under 20’s db Euro Rank 1 »