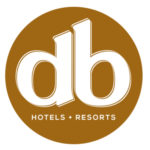 The second series of ranking tournaments will set its balls rolling on Wednesday 9th October at St. George’s Band Club, Qormi. Not less than 158 players will be contending the awards in four categories Mens, Under 18’s, Under 23’s and Over 50’s.

The winners of the Mens and Over 50’s categories will qualify in the respective national team that will be representing our country in the coming European Championships being held between the 16th and 21st February in Malta.

Ranking Tournament No 2 Draws – Over 50s

Ranking Tournament No 2 Draws – Under 18s

Ranking Tournament No 2 Draws – Under 23s